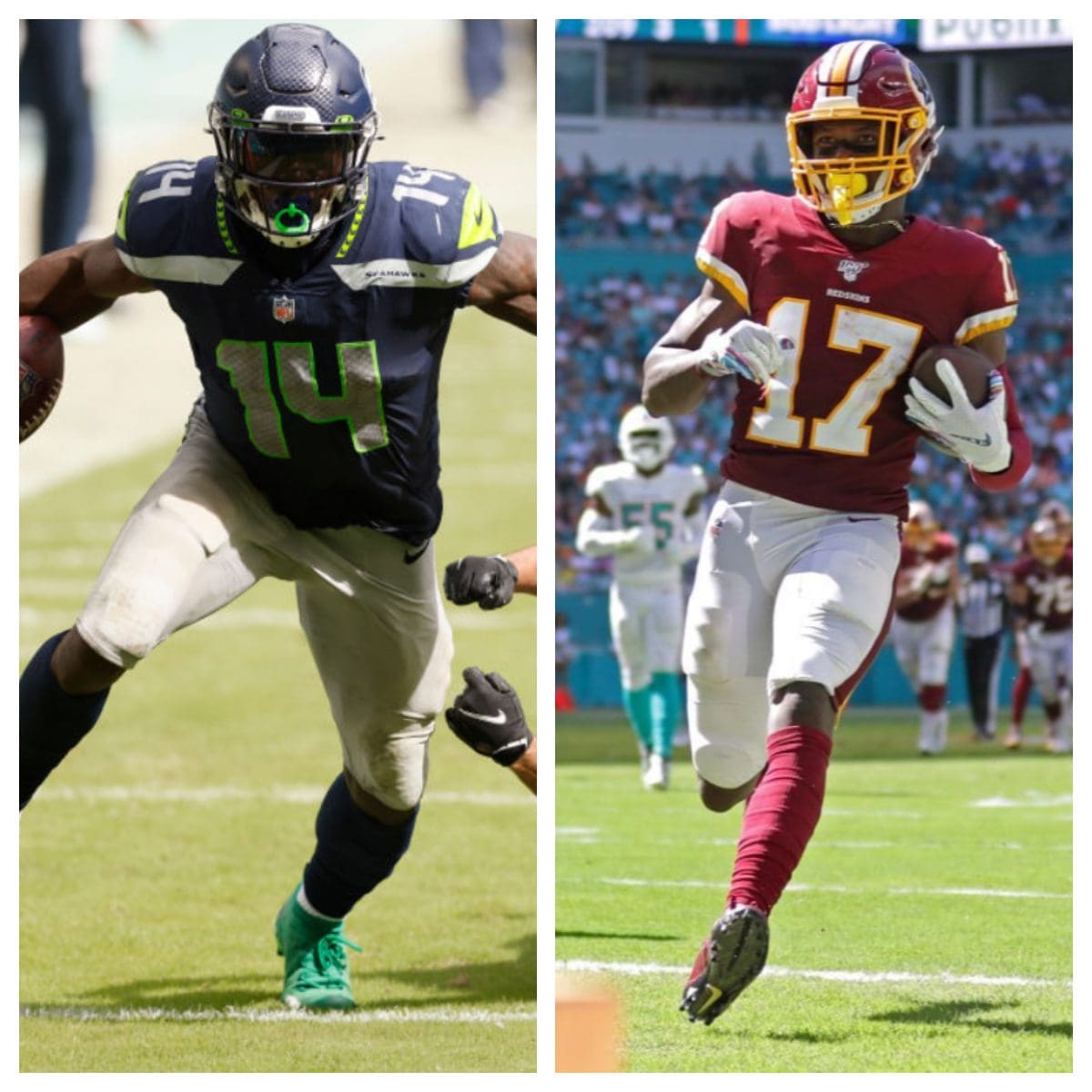 Metcalf has snatched up 3,841 receiving yards in 60 games for his career. He’s snatched 275 balls which averages 14.0 yards per catch. His longest reception of his career went for 62 yards and he’s been able to snag 61.1% of the balls thrown to him. Metcalf (33 touchdowns through the air) holds an average of 64.0 yards per game receiving and he averages 4.6 catches per game in his career.

Up to now in his career, McLaurin has caught 18 receiving touchdowns and has a long reception of 75 yards. His receptions per contest and yards per game average are 4.8 and 67.8 yards. He has a total of 3,930 yards and has an average of 14.2 yards/reception. His caught pass percentage is 62.3% and he earned that by catching 276 of the 443 passes that went in his direction. Terry McLaurin has laced them up in 58 contests throughout his career.

Metcalf has laced them up in 11 games for the season. His catch percentage thus far is 64.1% and he has that by catching 59 of the 92 passes that were attempted. He has earned 671 yards for this season and has earned an average of 11.4 yards per catch. Up to this point, Metcalf has collected 4 receiving touchdowns and his longest catch of the season is 54 yds. His receptions per contest and yards per contest average are 5.4 and 61.0 yards. Metcalf has accounted for 671 yards for the season.

McLaurin has accounted for 840 yds. Terry McLaurin (2 receiving TDs) has accumulated an average of 70.0 yards per game receiving and he averages 4.5 receptions per contest. His longest reception this season went for 49 yards and he has been able to haul in 62.8% of the passes thrown in his direction. He has caught 54 passes thrown his way which averages 15.6 yards per catch. McLaurin has totaled 840 yards through the air in his 12 games this year.